Tim Hunter
"Fromage" is the eighth episode of Season 1, and overall the eighth produced hour of Hannibal. It originally aired on May 16, 2013.

The BAU investigates a murder in which the killer exposes the victim's vocal cords to literally play them like a cello. Meanwhile, Hannibal discovers that the killer, Tobias Budge, murdered the victim as an attempt to gain Hannibal's attention but then makes an attempt to take Lecter's life. Will is driven to distraction by strange noises in his head and turns to Alana, in a romantic way, seeking peace and stability. Hannibal describes his relationship with Will to his therapist, Dr. Bedelia Du Maurier.

In a chordophone string shop, a young pupil plays the cello as his teacher, Tobias, looks on. The understudy struggles with the strings and comments on how they feel different than usual. "Are all cello strings made from cats' guts?" he asks Tobias. Tobias says, "Not all of them," and in flashback, we see Tobias extract the intestines from a human being and convert them into instrument strings.

Will's mind has been playing tricks on him, as he swears he hears the faint wail of a wounded animal outside his house. Alana comes over to help Will look for evidence, and the two share a conversation about their personal lives along the way.

Franklyn meets with Hannibal in his office, but seems to be caught up on his friend Tobias, whom he thinks is displaying classic psychopathic tendencies. Hannibal is compelled by Franklyn's seeming attraction to psychopaths.

Elsewhere, Jack and Will report to a concert hall, where a trombone player from the Baltimore Symphony sits down on the stage, a cello neck lodged down his throat. Diving into the mind of the killer, Will re-lives the crime, envisioning the murderer slicing open the victim's throat - exposing his trachea - and stuffing the instrument down his esophagus so he could "play him."

psychiatrist, about Franklyn's clingy behavior; he thinks maybe it's time Hannibal referred Franklyn to someone else. But as Hannibal begins to pry into Bedelia's life, she politely reminds Dr. Lecter that she is his psychiatrist, not the other way around.

In forensics, Will thinks they're dealing with a skilled musician, after noticing the care and extensive substances used to turn the man's body into a musical instrument. He doesn't think the murderer has killed like this before, but perhaps he's a skilled artist simply "trying out a new instrument".The murderer was shrinking

and tanning the vocal chords; Will thinks this case has the feel of a classic performance killing. As they discuss in his office, Hannibal wonders if this is "a serenade for another killer."

Later, in their next session, Franklyn tells Hannibal one of the dark things Tobias told him had to do with playing someone like a violin. It's a comment similar to the recent crime case Will is on. Franklyn doesn't know if Tobias did it, but wonders why he'd say something like that to begin with, and then realizes Tobias told Franklyn that because he knew Franklyn would relay the message to Dr. Lecter. Hannibal pays Tobias a visit at his shop and notices almost all of the strings are gut. Dr. Lecter's harpsichord needs new strings and he asks if Tobias can help.

Meanwhile, at his home, Will is

constructing fly-fishing bait at his desk when the faint whimpering sound from earlier returns to his ears. It's coming from the chimney. Will hammers out a hole in the chimney, and when nothing shows up he's convinced it just got away, but Alana worries about him. She comes over unexpectedly, and Will sees her presence as something more than platonic. The two kiss, and though it's complicating and awkward at first, they eventually continue their

"experiment." Alas, the unexpected turn concerns Alana, and she goes home for the night.

Over dinner, Hannibal openly asks Tobias if he was the one who killed the trombonist. Tobias admits his plans to kill Franklyn and Hannibal. Tobias admits he stopped wanting to kill Lecter ever since he followed him out of town one night and saw the doctor dispose of a body in a school bus. Tobias' recklessness disturbs Hannibal, and Dr. Lecter spurns Tobias' offer when he suggests a dual partnership. Hannibal had plans to kill Tobias too.

The doorbell rings, and when Hannibal goes to answer it, Will Graham walks in. Will's driven an hour in the snow to Dr. Lecter's house because he's trying to make sense of his kiss with Alana Bloom. Hannibal understands why Alana would have hesitations about beginning an intimate relationship with her former

patient; it's probably not good for either of them. But Will knows why Alana came over in the first place - his mind has been playing tricks on him again, and he's hearing things. Capitalizing on a lull in the conversation, Hannibal risks breaking confidentiality agreements by informing Will of a patient's claim to know a possible suspect in the symphony killing; it's a music shop owner in

Baltimore (Tobias). Will agrees to investigate.

Hannibal is speaking with Bedelia again, informing her that he may have made a new friend in his life. He's not entirely interested in making friends, though they share the same hobbies and worldview. The whole thing has made Dr. Lecter more curious about friendship, in general though. Bedelia thinks this is good news; Dr. Lecter spends so much time putting up walls in his life that it will be nice to see if someone is clever enough to get over them for a change.

Elsewhere, Will Graham and two police officers visit Tobias' shop to question him about the symphony killing.  A few minutes into their conversation, however, Will hears the distinct cry of a suffering dog. Will runs outside to investigate but soon realizes he's just hearing things again. Will pops some meds and walks back inside, only to find one officer with a stake through his neck, dead. Will pulls out his gun and heads for the basement, where he finds the second cop, dead from a garrote wire. When Will gets a closer look, Tobias comes up behind him and attempts the same execution, but Graham manages to shoot him in the ear. As the gunshot rings out, Tobias flees and Will unsuccessfully attempts to stop the killer with gunshots.

In his office, Hannibal tells Franklyn he needs to see another psychiatrist. This is the ninth time Franklyn's had to change therapists, and he announces his displeasure. But Dr. Lecter says his patient puts too much focus on his doctor and not enough focus on his own mental health. As the two converse, Tobias enters. Tobias says goodbye to Franklyn, as he just killed the two police officers. Franklyn desperately tries to talk his friend into turning himself in, saying he's not alone and can still get help. Tobias, very calmly, tells Franklyn he knows.

From behind, Hannibal approaches Franklyn and snaps his neck... Tobias tells Hannibal he was looking forward to killing Franklyn and is frustrated that it was taken from him. Pulling out a wire, Tobias lunges at Hannibal and the two engage in a fight in his office, using multiple objects, from a glass tabletop to a letter opener, and Hannibal sustains an injury from a stab to his leg. Eventually, Dr. Lecter immobilizes Tobias and, using a small statue of an elk, kills his foe.

Later, Will and Jack question Hannibal as the FBI combs through the crime scene in his office. Will apologizes for bringing Hannibal into "his world," though, with each ill-step it seems Hannibal is getting closer to bringing Will into his.

Later, Hannibal tells Bedelia he's reopening his office though it will be odd helping patients in the same place he almost lost his life. Hannibal understands why Bedelia quit being a therapist after a patient attacked her, though she still sees herself as fully practicing since she meets regularly with Dr. Lecter. Hannibal feels responsible for Franklyn's death, but Bedelia says he shouldn't put the weight of that man's life on his shoulders. 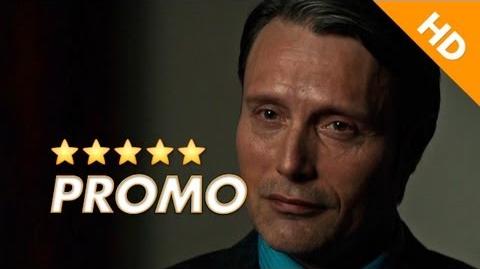 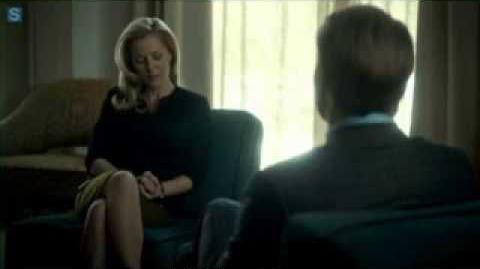 Paella on the Rocks -

While we are doing this episode, Jose Andres is jet skiing in the Caymans with

Anthony Bourdain but he takes the time to email me – paella does not have sausage. So if you make this with sausage, please call it pilau. This is a recipe from the marginalia of my cookbook, The Cocktail Chef. Paella cooked aire libre.