Guillermo Navarro
"Trou Normand" is the ninth episode of Season 1, and overall the ninth produced hour of Hannibal. It originally aired on May 23, 2013.

The BAU team hunts a serial killer who digs up his victims, creating a totem pole of their bodies as a macabre trophy. When Nick Boyle's body is found, Jack & Alana question Abigail about his death. The resurrection of Nick's body enlightens Will to some of Abigail's secrets and Hannibal convinces Will to keep some of his own. Attempting to assert independence, Abigail agrees to write a book with Freddie Lounds and in the process, reveals her biggest secret to Hannibal.

In her psychiatric hospital, Abigail Hobbs irrationally holds herself responsible

for the murders her father committed; if only Abigail were dead instead of Garret Jacob Hobbs' victims, the innocents would still be alive.

Meanwhile, in Grafton, West Virginia, the FBI finds a totem pole composed of human corpses on a snow-covered beach. Only one of the bodies is recently killed - the rest were dug up. Jack clears the crime scene and allows Will to dive inside the mind of the killer. Will realizes that whoever did this utilized careful premeditation; they wanted their last, still breathing victim to watch it all before they died. And then, once the totem pole was assembled, the killer stabbed his final victim in

the heart and placed his corpse at the very top.

Will blinks and, in an instant, finds himself sitting in Hannibal's office. Will has no idea how he got there and begins to panic. Hannibal suggests Will has an empathy disorder; he cares so much about his victims and the crimes

committed against them that his conscious choice to ignore those feelings is negatively affecting his brain. Lecter says Will's life is separating from reality. Will admits he's been sleepwalking and wonders if he should get a CAT scan. But Hannibal knows the truth: Will's job is crushing him, and his decision to put others' lives above his own might end up being the death of Will...

The families of Garrett Jacob Hobbs' victims have filed wrongful death suits against his estate, which means his surviving daughter, Abigail, has nothing to her name. In the hospital, Freddie Lounds comforts Abigail and promises her she'll make money of her own someday. When Abigail wonders if her story could fetch a payday as a book,

Freddie jumps on the idea - she can write it for Abigail, but promises it will be "her story." Freddie encourages Abigail to keep the deal between them and not involve anyone else, like Will Graham. After a moment of thinking, Abigail agrees to write a book on her life with Freddie's help.

Will visits Jack and apologizes for letting the totem pole crime scene get to him. Jack is worried about Graham, but Will assures him he's over it and ready to move on.

In forensics, Jimmy Price and Beverly Katz explain the bodies came from graves around the crime scene, mostly wrongful deaths, which suggest previous murders. The one on top - the most recent murder - is Joshua Summers;

a single stab wound to the heart. Will glances at the crime scene photos and knows all 17 dead bodies were murdered. This is about the killer meshing his past with his present.

Will details the facts of the totem pole murders to his class, but when Alana Bloom interrupts, he quickly realizes the whole thing was occurring inside of his head. Will is alone in his darkened classroom, speaking to himself. When Alana enters, Will apologizes for kissing her earlier, but she didn't mind - in fact, she liked it. Alana regrets leaving his house that night, but is currently on the fence about her feelings for Will. She really likes him, but knows they can never have a relationship if he's in his current unstable state. When Alana asks Will if he's unstable, he bashfully nods his head.

At the psychiatric hospital, Will and Hannibal try to dissuade Abigail from writing a tell-all book with Freddie Lounds. If Abigail publishes this book, she'll be putting her privacy - along with Hannibal and Will's privacy - in jeopardy. Abigail just wants the truth to come out, but once the door is open, Abigail will have no control over what people say or write about her. Is she ready for that?

Will's had a revelation about the case; totem poles tell a story, from the top to the bottom. This killer might be tracing his criminal history chronologically. Beverly Katz says the person on the bottom was murdered in the '70s, and his killer was never found; this guy's been on the run for 40 years.

In Jack's office, Crawford informs Will, Hannibal and Alana that the FBI has found Nicholas Boyle's body in the Minnesotan snow, dead from a knife wound. Jack wants to bring in Abigail because he thinks she knows more about his disappearance than she's letting on, but the group unanimously agrees that's a bad idea - she's too emotionally damaged at the moment. Hannibal, recalling the night Nicholas "disappeared," is quiet.

Jack brings Abigail in to identify Nicholas' body, and as she struggles to look at the rotting corpse in front of her, Crawford begins an

ambushed interrogation. Where does Abigail go when she escapes the hospital? Has she ever met up with Nicholas in the woods? When was the last time she saw Nicholas? Nicholas was gutted, and Abigail knows how to gut someone; her father taught her. Did she kill Nicholas? Barely holding it together, Abigail answers all of Jack's questions and denies involvement.

When she leaves, Alana admonishes Jack for his accusations. Abigail might be damaged and covering something up, but Hannibal has no reason to lie about what happened that night. Jack tends to agree, but there's an ounce of wonder in his eyes...

Hannibal visits Abigail in her hospital room; he knows she dug up Nicholas' body and isn't happy about it. Abigail understands she put her life, and Hannibal's, in jeopardy, but she no longer worries about the FBI finding his body, and for her, that's a major relief. Abigail may not be able to control what comes out of the door she opened, but she can control "when" it comes out. Hannibal is angry; he needs to be able to trust Abigail Hobbs.

Larry Wells, a 70-year-old resident of Grafton was having an affair with the first victim's wife. That woman gave birth to the last victim.

rush to Larry's house and find him waiting in the foyer. Larry proudly admits to all the murders and says prison will be a luxury compared to the retirement homes he could afford. No one will forget what he did - it's his legacy. But Will tells Larry his final victim was actually his son, not the son of his first victim. Larry thought he was killing Joel Summers to get back at his mistress, but in fact, he killed off his true legacy. She knew, even 40 years ago, the monster Larry truly was.

In his dreams, Will gets inside the mind of Nicholas Boyle's killer and realizes it had to be Abigail. Will rushes over to Hannibal's office and tells Dr Lecter about his theory, to which Hannibal says, "I know. I helped her dispose of the body." Will is stunned, but Hannibal's explanation offers clarity: Abigail acted out of self-defense, and if Hannibal didn't protect her, Jack Crawford would have made her pay for her father's crimes. She would've been the scapegoat. Will is speechless, but when Hannibal asks if he needs to call his lawyer, Will shakes his head. It was morally dubious, but nevertheless in the best interest of Abigail. As Abigail's

surrogate fathers, it's their duty to look after her now.

Later, Will and Hannibal express their concerns about Abigail's tell-all to Freddie over dinner. Freddie just wants to tell Abigail's version of the truth, and though Hannibal and Will just want to protect her, Freddie thinks her silence until now has suggested guilt.

In the kitchen, alone, Abigail asks Hannibal if Will knows about her murdering Nicholas Boyle. She is informed that he does. Despite Hannibal assuring her Will can keep their secret, Abigail breaks down and sobs into Lecter's arms. She admits to aiding her father in every one of his killings. She was the bait that lured every girl in. Hannibal hugs Abigail and assures her it'll be okay. She's not a monster; she's a victim. And Hannibal is here to help. 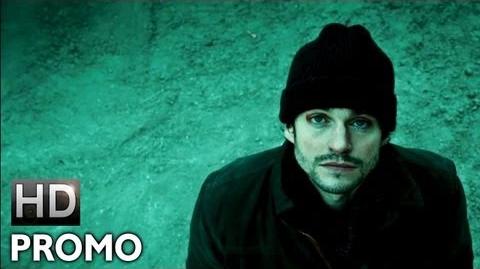